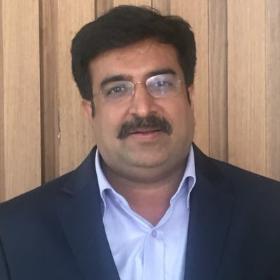 Rakesh has over 25 years of trading and investment experience in the Indian equity markets. He completed his Bachelor of Commerce from Mumbai University in 1992 and ICWA from the ICWA Institute in 1996. In the initial part of his career he worked in the Finance departments of different firms in diamond, exports and media industries. In 1999 he joined Shree Naman Securities & Finance as a Finance Manager. In 2002, he established the proprietary trading desk at Naman and grew it to be the major contributor of the firm’s revenue. Over the years he has developed his own style of trading and analyzing the markets and enjoys studying the behavioral aspect of the markets. He likes to look at long term trends and takes into account a number of factors such as global and local macro, fundamentals and technicals. In 2013, after he became the CEO at Naman, he established the algo trading desk which is very close to his heart. It contributed a major portion of the revenue of the prop trading desk. Inspired by the results in Algorithm desk he formed his own company Viz. Compounding Wealth Advisors LLP which is a SEBI registered Investment Advisor & is in the Business of advising clients on generating all weather, absolute alpha generating risk adjusted returns. He is a system trader & believes in trend following & other non-correlated multiple trading systems to generate better risk adjusted return